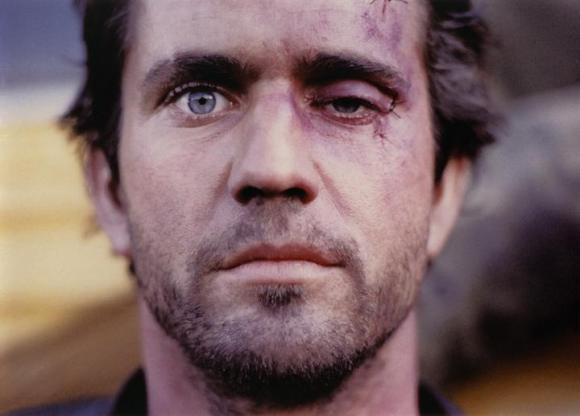 Max (Mel Gibson) is a cop dedicated to keeping the roads of a desolate lookingAustraliasafe in the near future. But soon after a fellow police officer is severely injured, Max decides to retire from the force. During his hiatus, his wife and child are attacked by a gang of marauding bikers causing Max to seek bitter vengeance against them.

SPOILERS are included in this piece

‘Mad Max’ is a post-apocalyptic action film with elements of horror, sci-fi and melodrama. But at its core, ‘Mad Max’ is a Western. During the early stages of Australian Cinema, Australia struggled to define a cultural identity for themselves through the language and visuals of their films. As it is with most national cinemas, many filmmakers import ideas, themes and structures from the most dominant filmmaking country in the world, theUnited States of America. One of the most prevalent genres/structures in, not only film, but in literature has always been the Western. The Western, at its most basic level, can be used to symbolically express emotional truths about everyday society. As a result, the conventions and basic narrative structure of the Western have morphed into many types of films ranging from James Mangold’s ‘Copland’ (1997) to David Cronenberg’s ‘A History of Violence’ (2005). The Western has many simple truths and focuses on issues such as family, loyalty, adversity and heroism. So, one cannot truly blame George Miller for incorporating many elements of the Western into ‘Mad Max’. Every nation does it.

It is a very difficult task for national cinemas to define themselves (through their films) when striving to eliminate the imposing influence of American entertainment. American films have always set the standards for modern day storytelling, and have become extremely successful as a result. So in response, what other nations tend to do is to adopt the structure of the American film, and then deconstruct its conventions by using their own themes and symbols. This is definitely the case in regards to ‘Mad Max’. It is an action film fused with a Western, but still manages to create a solid Australian identity anyways.

Here is my Western take on the film. It is a story focused on the idea of a lawless land ruled by lawless people (Simplicity at its best). Multitudes of men ride into town on their motor bikes (horses), and proceed to terrorize it. The police, on the other hand, are powerless to do anything about it. That is until Max (the sheriff) decides to take a stand. It is not out of loyalty to the force or the land, but rather it is a vengeful journey for Max, who seeks retribution for the destruction of his family*. He may be alone in his battle, but his isolation allows for him to bring a sense of HIS own law to the land*.

Australian film and the Western, for that matter, have always been built on one necessary contradicting theme, Wilderness versus Civilization. The motorcycle maniacs enter the civilized city from the wilderness of the land, and then systematically deconstruct the structure that has been set in place. They are anti-establishment and anti-authority, and as a result, carnage and mayhem are enacted with playful exuberance. The wilderness is typically defined as an area that symbolizes masculinity in the Western. There is a kill or be killed mentality that exists throughout it. As a result, the civilized ones are unsure of how to deal with the wanderers from the land, and thus fail.

Max is a member of the civilized world. Yes, he does dress in black leather (which gains him points for masculinity), but he is unequipped to match the unpredictable rawness presented to him by these psychopathic marauders. After quitting the force, he further shies away from any form of masculine trait by becoming a family man. He buys a dog, expresses emotions to his wife (he was unable to before), and journeys with his kin in the family automobile. His mode of dress changes as well (he wears light colors which identifies his transition into a feminized male), which further works to strip him of his title as ideal male. As a result of these symbolic transitions, he is unable to protect his family in their time of need (when they are viciously murdered by the infiltrating bandits). It is only when he has lost everything that he begins to regain a sense of his manhood. He retrieves his black leather garb, obtains a powerful, 600 horsepower beast of a machine (car), and heads out after the bikers. It is at this point that he leaves the civilized world behind and dares to confront the untamed and unfamiliar wilderness landscape. He is expressionless (in other words, emotionless) and determined to kill these men in their own land. To win, he must become what he is not. He feels no pity or any remorse, especially when he handcuffs one of the bikers to a car leaking gas. Max is a new man with a new identity. He has adapted to the harsh landscape and, as a result, emerges victorious.

Australian Cinema is, in a large way, most concerned about the representation of masculinity in their films. It is an important thematic element to them as it goes to resemble the fortitude, strength and ruggedness of the Australian male. The fact that Max drives off into the wilderness at the end of the film only works to further solidify this point. Max is forever changed and he cannot return to what he was. In two sequels that followed, Max is a lonely wanderer, one with the wilderness. His body becomes beaten and abused but his survival instincts have increased. He has endured because he has adapted to the ways of the land.

‘Mad Max’ is a very low budget film but for its lack of money, the film makes up for it in terms of raw energy and mind-blowing stunts (especially for 1979). Mel Gibson was an unknown at this time, and his Australian accent is prevalent as ever. In retrospect, it is actually a shame that Mel Gibson became such a star in North America (Bear with me here). The fact that audiences will immediately recognize him undermines the overall strength of the film (in my mind). We know that he will succeed….it’s Mel Gibson. Back in 1979, however, audiences didn’t know what to expect, which made this film an enjoyable thrill without preconceived notions of any kind. With this being said, the film still continues to hold its own, and remains one of the most successful and important films in Australian film history.

* As noted prior, the idea of family is crucial to the mythology of the Western. In regards to ‘Mad Max’, other than Max’s family, there are no other families present in the film-the family structure has been destroyed in the future. 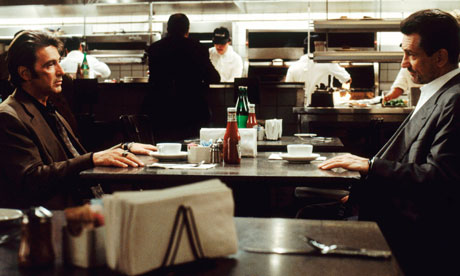 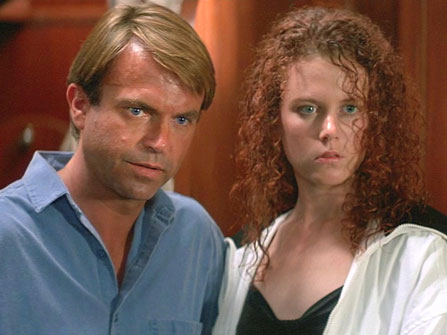