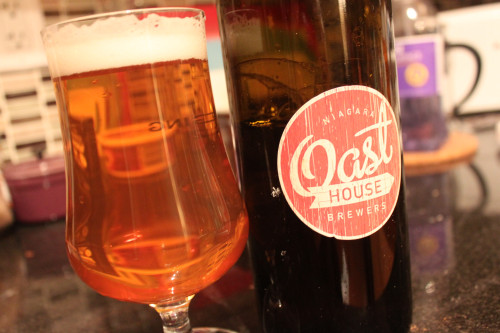 “We cherish the traditions of brewing history, while being creatively innovative about the future of it.”

BEER. A word that is simplistic in its pronunciation, but yet a word that elicits copious amounts of stereotypical connotations when spoken.

For most, it is a cheap and inexpensive alcoholic treat that appeals to university students and blue collar/working-class aficionados infatuated by the notion of sporting events, video games and social events devoid of any sort of hors d’oeuvres.

You can blame the marketing agenda of beer advertisements for this sort of hazy-eyed perspective.

In reality, beer is rarely discussed in conversation as a beverage that can compare with the alluring seductiveness of wine or spirits.

Beer is, to put it simply, a beverage marketed to mass amounts of people rather than to a specific demographic. This general understanding of what a beer is typically supposed to represent (anti-elitist) only helps to undermine the vastness of what it is actually capable of.

Niagara Oast House Brewers is looking to alter this perception of what a beer has incorrectly been defined as.

Having just recently opened their doors in November of 2012, the diminutive microbrewery (located in a beautifully renovated, century-old red barn on 2017 Niagara Stone Road in Niagara-On-The-Lake) is investing a great amount of time and effort into the composition of flavourful craft beers that are produced in innovative and quality-driven ways.

Typically, a craft beer is formulated by a brewer that is small, independent and traditional. In other words, it has no affiliations with any major chain of brewery.

All three men have extensive knowledge and experience within the wine and beer industries. Mike and Cian are highly-educated/certified sommeliers (Cian is  also a winemaker) while Kevin was trained for brewing in Germany and Chicago, and also helped found and write the curriculum for Niagara College’s Brewmaster and Brewery Operations Management program. He continues to teach for it, as well.

With this amount of educated intelligence circulating amongst the three of them, it’s easy to understand why the company takes great strides to incorporate quality-driven methods of production.

According to Somerville, “Our goal as a company is to create top of the line craft beers that simultaneously push the limits. Craft beer culture is exploding throughout North America at the present moment, and we wish to bring that sensibility here to Niagara. We brew in small batches, and use ingredients locally sourced by Niagara Farmers who work with us to produce the freshest ingredients possible. We’re attempting to embrace and to be highly representative of the Niagara region’s famous motto of ‘farm to table.”

Adds MacNeill, “We want to do everything the Niagara way. Our desire is to respect the roots of the region.”

The microbrewery initially launched with two beers in November. A Belgian-style Saison, which is the first in the Farmhouse Ale collection of bottle-conditioned beers (historically, Farmhouse Ales were produced during the cooler months so that they could be released during the summer work season on the farm), and a Barnraiser Country Ale, a hoppy and very citrusy beer that is aromatically strong.

In April, the group has plans to release the Biere de Garde. A member of the Farmhouse Ale family, it is darker than the Saison with more malt character stepping forward.

Niagara Oast House Brewers is dedicated to maintaining an aura of fresh and contemporary, and promises to consistently have something new and innovative lurking on the horizon. Thus the beer options will constantly be in a state of transition in an attempt to offer certain types of beer during particular points of the season.

The fundamental reason being that the group believes they’re not in direct competition with the wineries, but rather are there to help compliment and exhibit how multifarious (in regards to agriculture) the Niagara Region truly is.

According to Somerville, “We are aiming to add further dimension to the Niagara-On-The-Lake community, and to provide the traveller lodging in the area with another option to experience. As well, we also wish to create a more diverse food and beverage industry in the region.”

In regards to the notion of culinary, Niagara Oast House Brewers will soon incorporate the use of local chefs to help prepare and pair food with particular beers.

Though the company is influenced by the winery model, they feel they provide an alternative experience.

“We may base our existing structure on that of the winery,” says MacNeill, “but we feel that we articulate a different sort of vibe. Our initiative is to provide an experience for our visitors that is both fun and upbeat. We wish to create an energetic environment for them to be a part of.”

As noted prior, they have also just recently formed a partnership with local farmers to supply the brewery with hops for their use (though, they do wish that more hops were grown since they believe the Niagara Region is a perfect climate for it), and for sourcing other key ingredients from nearby suppliers.

The importance of engaging with the local agriculture is of utmost importance to the microbrewery because it provides for them a label of genuine authenticity. To utilize elements from the surrounding area also helps to promote the perception that the region is brimming with unbridled possibilities in regards to cultivation.

Somerville notes, “The Niagara region is blessed with such a bountiful amount of components to play with that it would be a shame not to take advantage of what’s in our very own backyard.”

To note that the company is driven by a passionate thirst for success would be an understatement.

A company in its infancy, free to explore all the possibilities this area has to offer is a key ingredient in the invigorating pleasure of discovering something new. 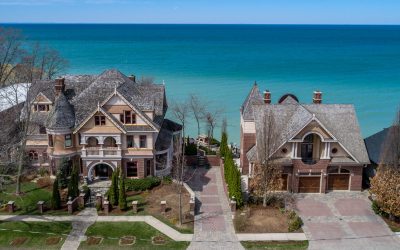